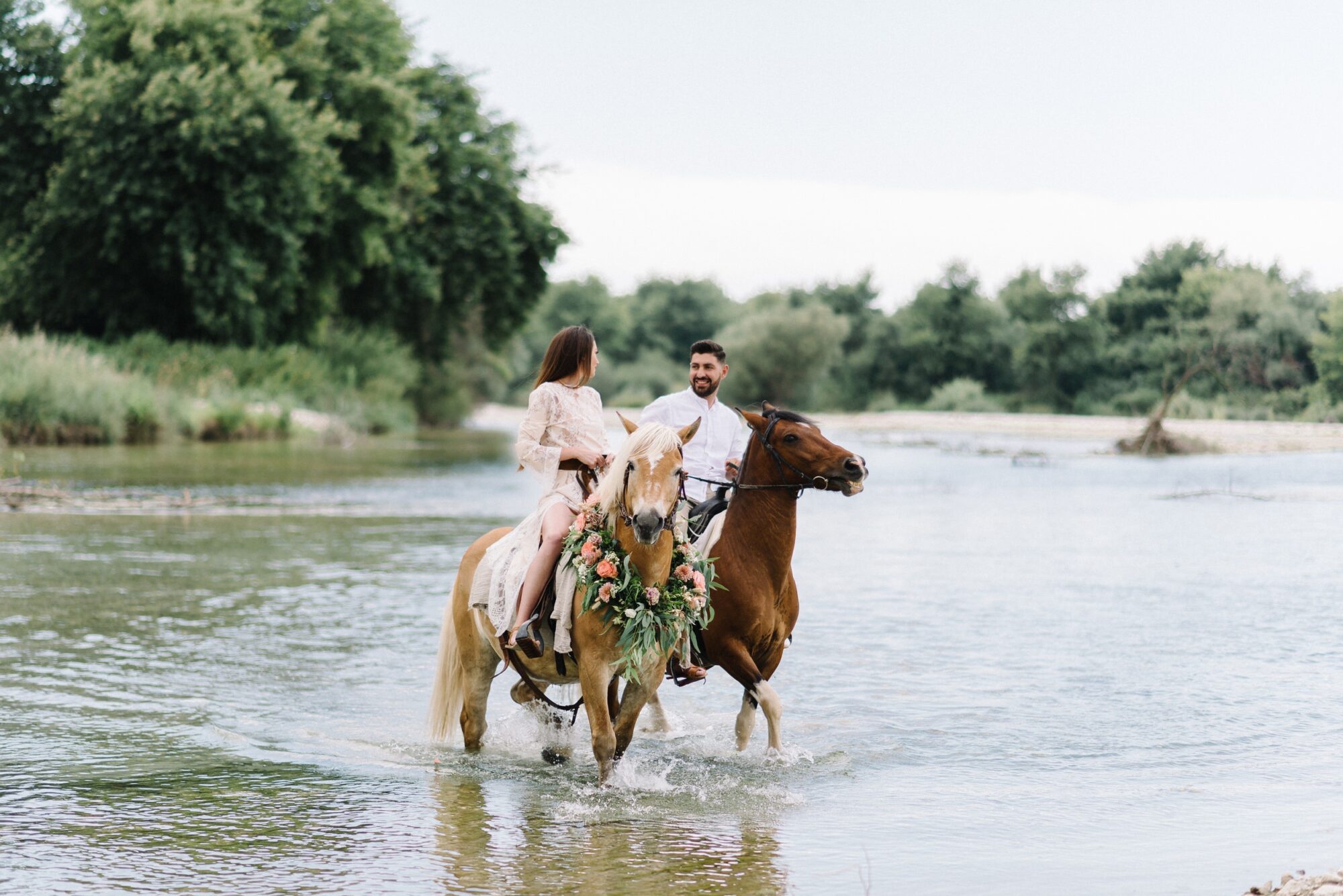 A celebration of love of a real couple in a prewedding photoshooting, having been held in their homeland in Preveza, Εpirus Greece with a nostalgic and romantic character, starting from the river Acheron and ending in the Pantocrator castle, along the coast of the Ionian Sea..
Our starting point was the springs of the river Acheron in Gliki village, where Sophia & George enjoyed an amazing day going horse riding and walking along the riverbanks.
On the river Acheron, the rules of the “upper world” are defined by nature and the feeling of carefree. Vivid and crystal clear waters shape puddles and small ponds while agelong plane trees cast their shade. Enormous vertical rocks stand as guards in the passage to the “upper world”. Thousands of birds praise its beauty, purifying its “legendary sorrow” in the name of joy and life.
The photoshooting ends in the midst of an old coastal fort, with a private romantic dinner, in the castle of Pantocrator in Preveza with an eclectic table, set on an old surface of ruins, with sweets and cocktails during the sunset.
A real couple‘s prewedding photoshooting spreading the message that love prevails.
Save the Date,
Sophia & George
19.09.20 Preveza, Greece
Previous Project

A modern romance based on pure elegance, with a fe

A spring daydream escape from an urban reality thr

Embracing contemporary design, one of the greatest

'Amalgam' An inspirational styled shoot based on

Embracing contemporary design, one of the greatest

This error message is only visible to WordPress admins


Error: API requests are being delayed for this account. New posts will not be retrieved.